Choosing a Photographer for your Wedding – Part 3

Third thing to work around when choosing a photographer is the price of the services. Now since wedding photography is not something standard, it can be like apples and oranges – much harder to compare. For example, you’ve gone through a list of the 10 photographers you’ve liked and find their first quoted price  ranged from 2000$ to 9000$. You may be surprised and consider these extremes to be either very cheap or very expensive. The longer comparison lies in the details. We’d like to dive deeper to explore them here.

The first most important difference is the amount of hours included. The definition of a ‘full day coverage’ varies heavily between one person to the next and that is because it varies from one wedding to another. For example – an elopement wedding may not require more than 4 hours of coverage as we not shooting so many moments of the day – such as family photos, bridal party pictures, reception and most of the getting ready preparations. On the other hand, a 400 people Jewish wedding at the Shaar Hashomayim usually runs for at least 14 hours from his getting ready to the cake cutting. Our current record holding wedding went on for 19 hours – from 6AM to 1AM the next day, a 600 people Indian Sikh wedding. The couple fell asleep for an hour during the clothes swap.

Next, 1 VS 2 photographers – not everyone includes a second shooter. Sometimes, those  who do just get assistants whose photos are only counted on in terms of backup. This is probably the most vague comparison clause as some of our friends shoot alone 99% of the time and they prefer it that way, while others grab 2 assistants throughout the day not only to carry bags  but also to get those candid shots in the background. Which one delivers better results? It’s extremely hard to judge as they simply have different approaches to documenting the day.

Albums and prints – these were the only option back in the day of film photography. Today most photographers who charge under 10’000$ per wedding will shoot in digital. The processing fees attached to film photography are increasing year to year with few people being able to perceive the difference between a digital and analog picture.

When you think  ‘what albums are included?’, the more important question you should be asking yourself is ‘what do I want to do with my wedding photos?’

The options are very varied and it’s important to understand what comes in and what you’re comparing with.

Onto the the extras…

We hope this series was useful to getting a better idea of points to think about when selecting a wedding photographer! 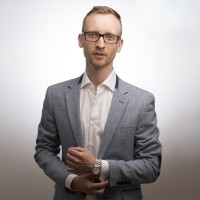